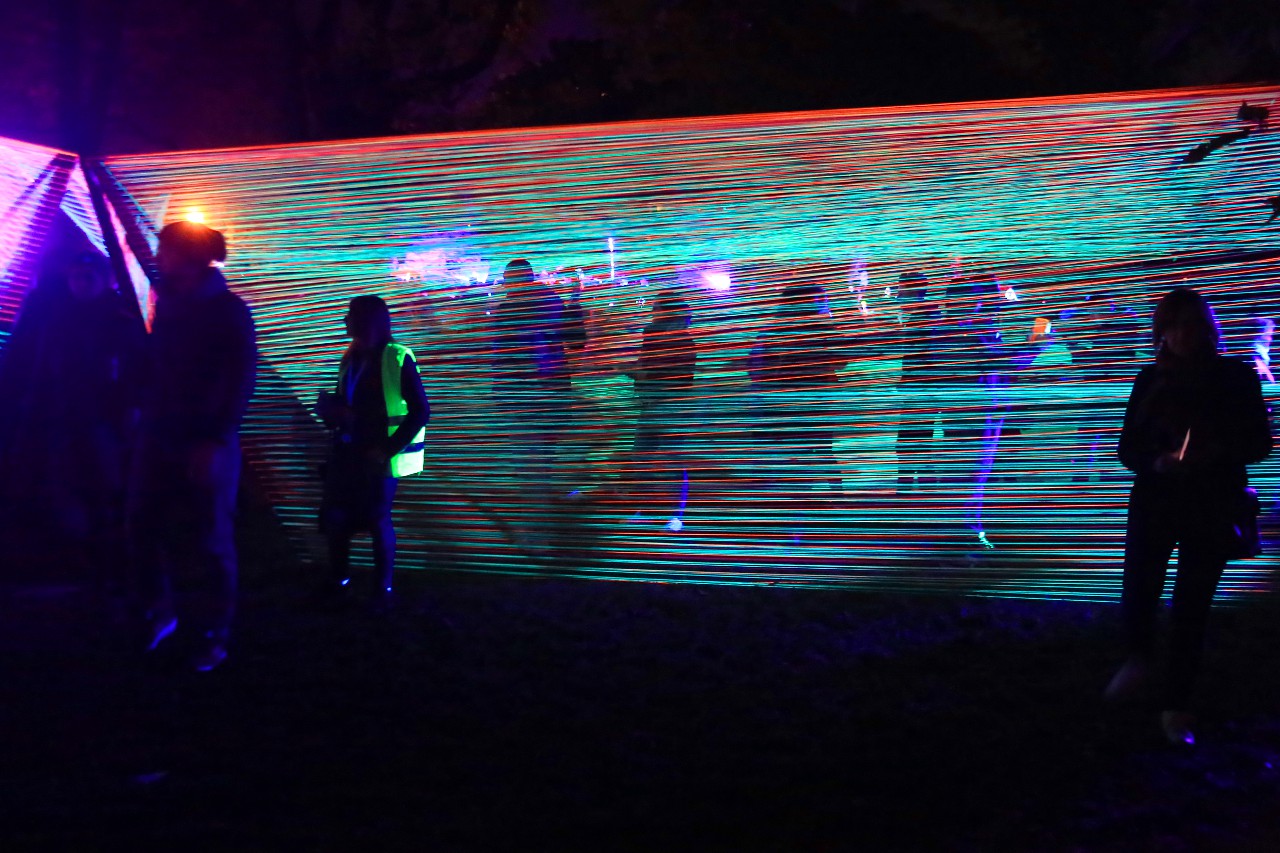 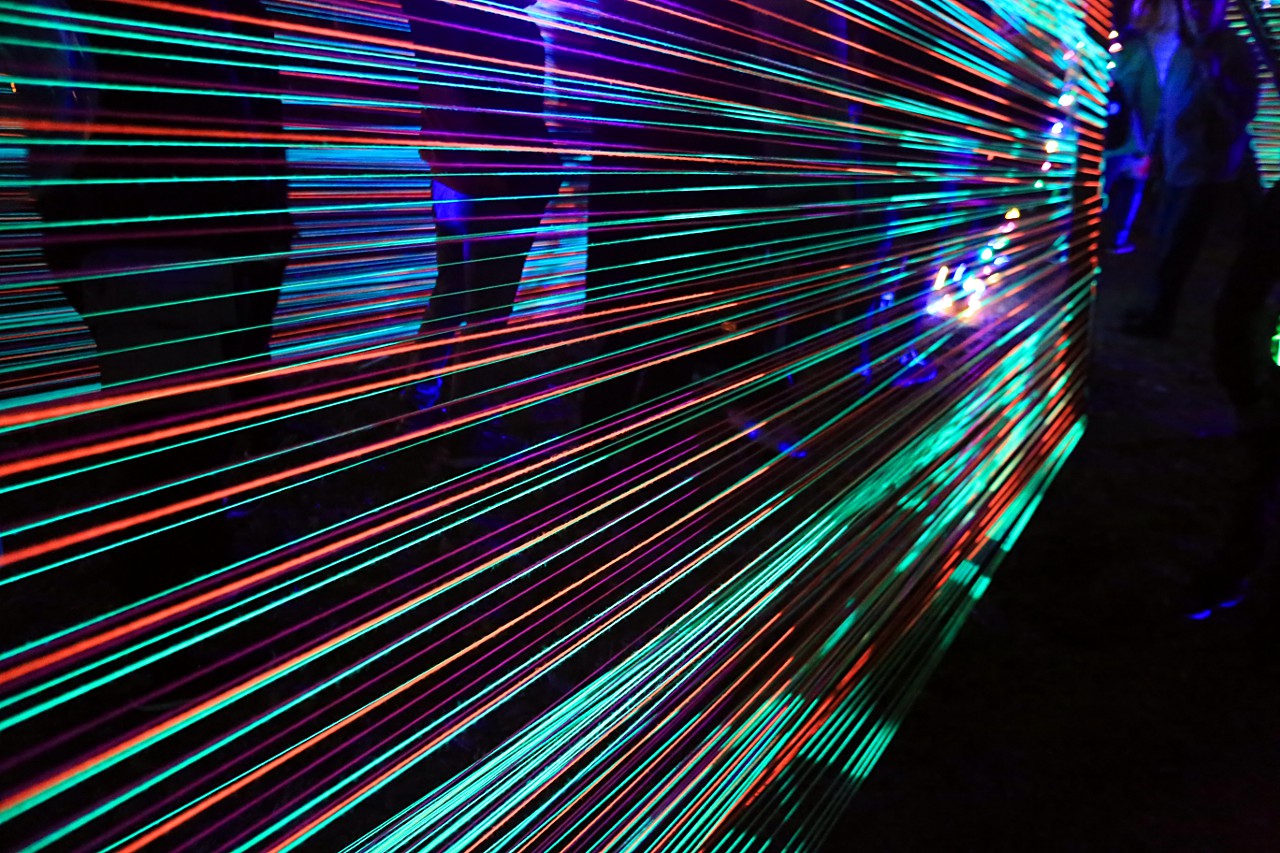 This is the creation of the art group DECODEtheCODE. 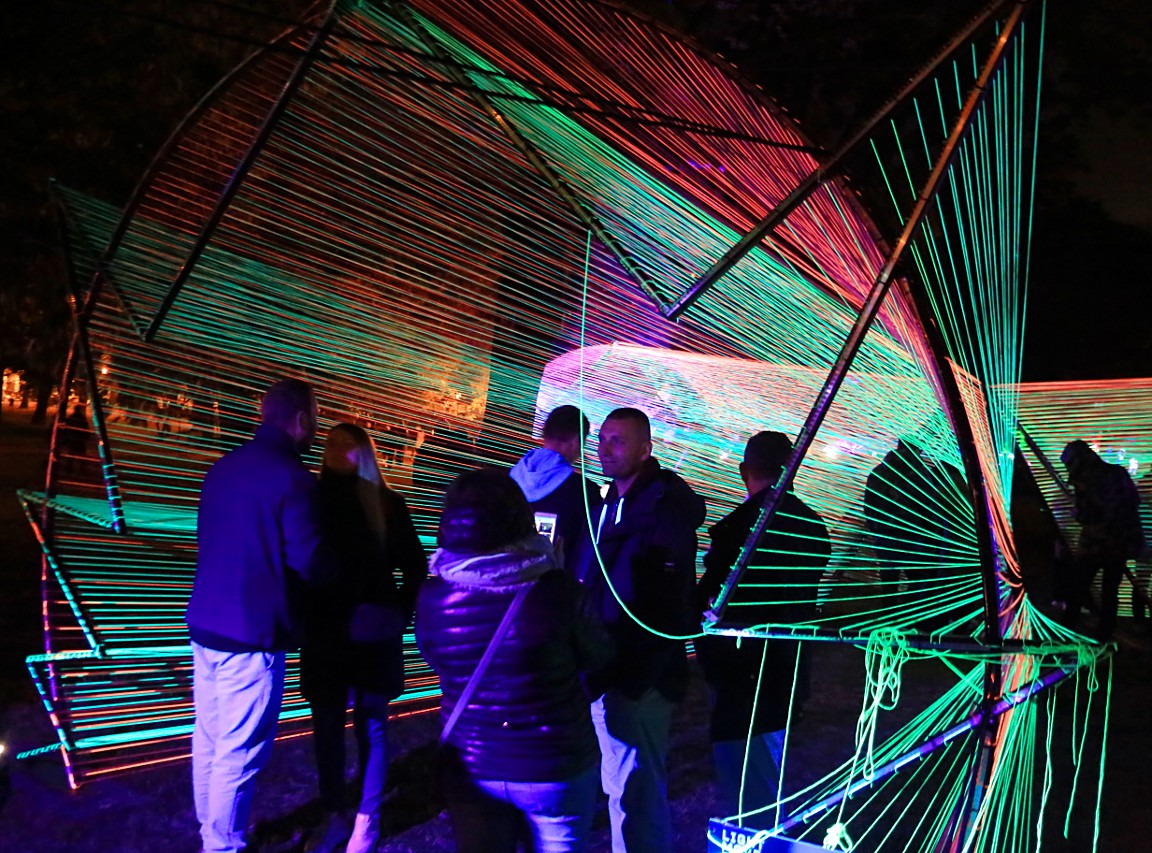 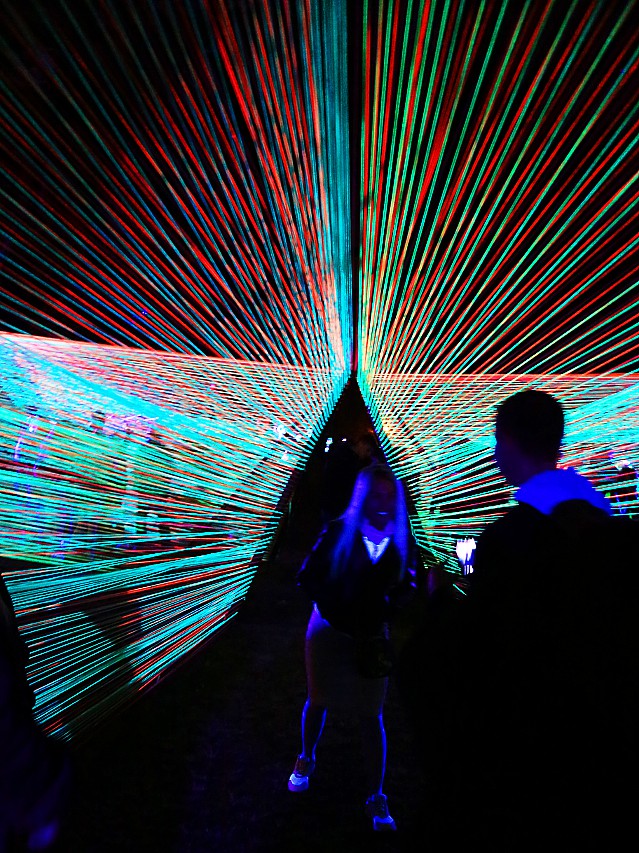 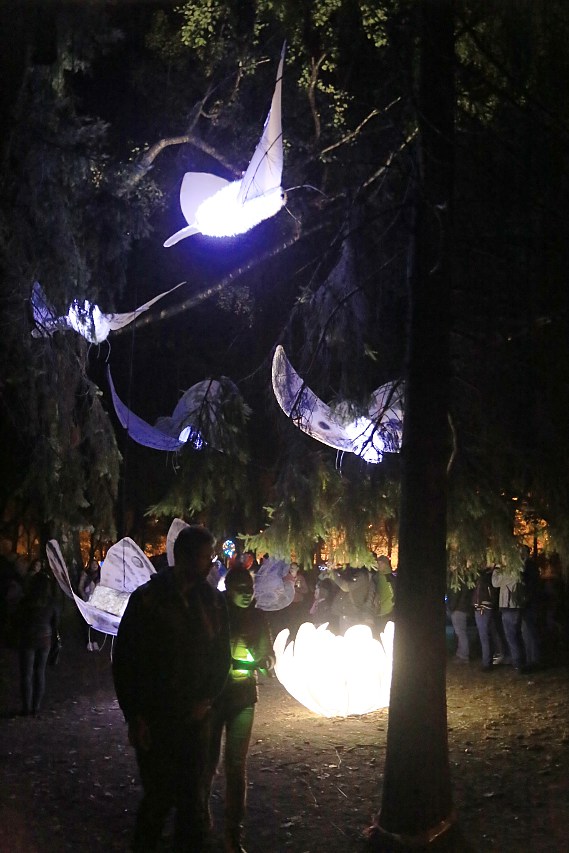 Giant glowing insects move under the branches of the tree. 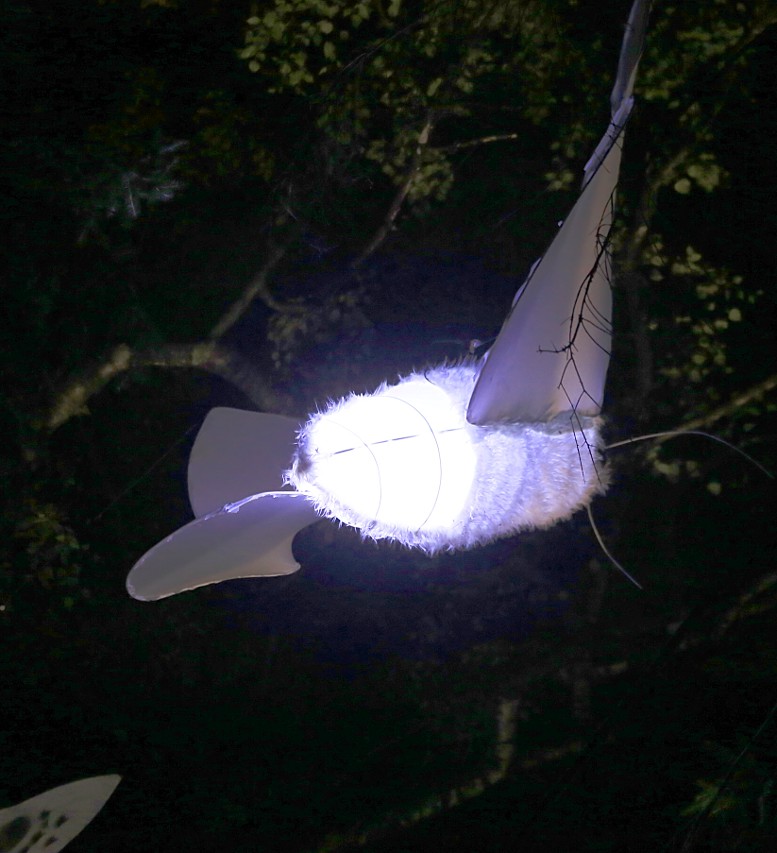 The author of this installation is A. Grycuk. 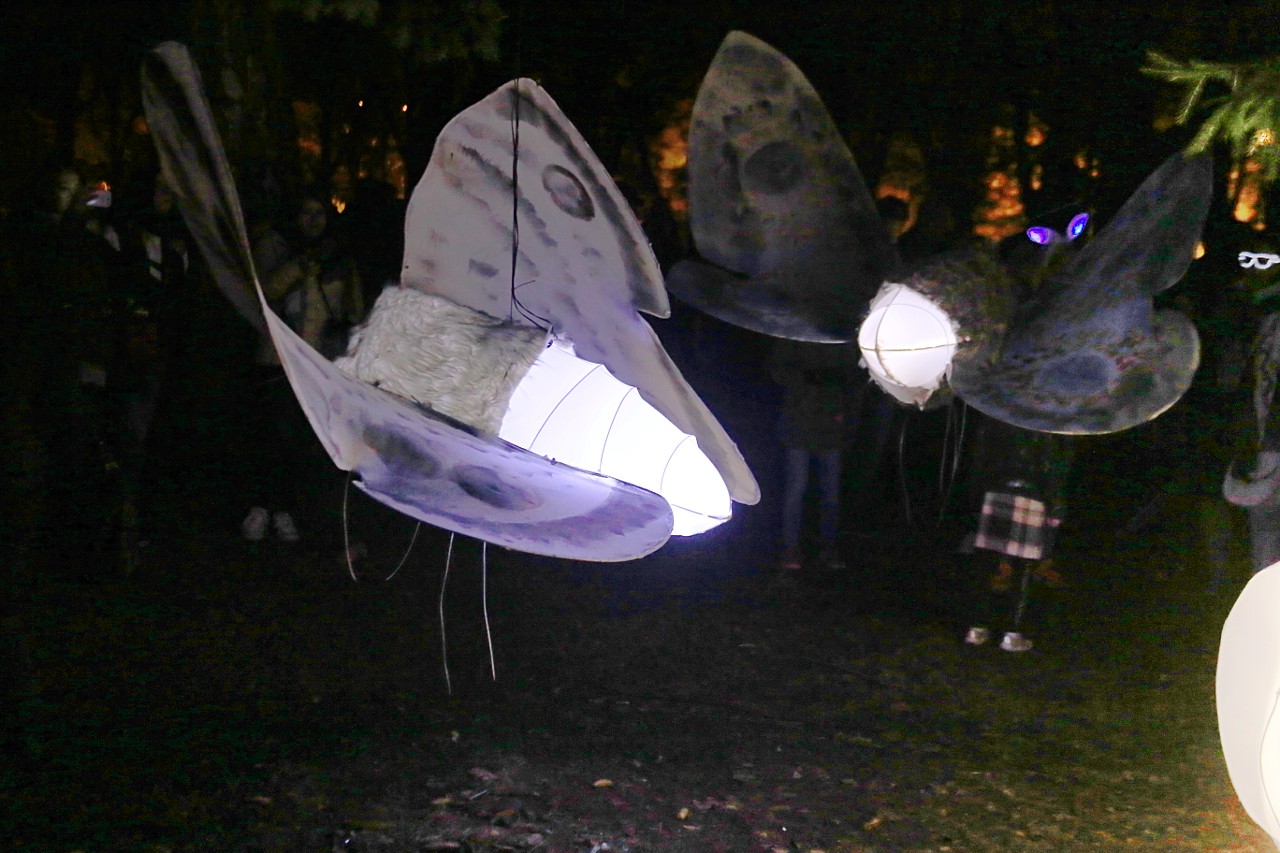 I must say, made very naturally. 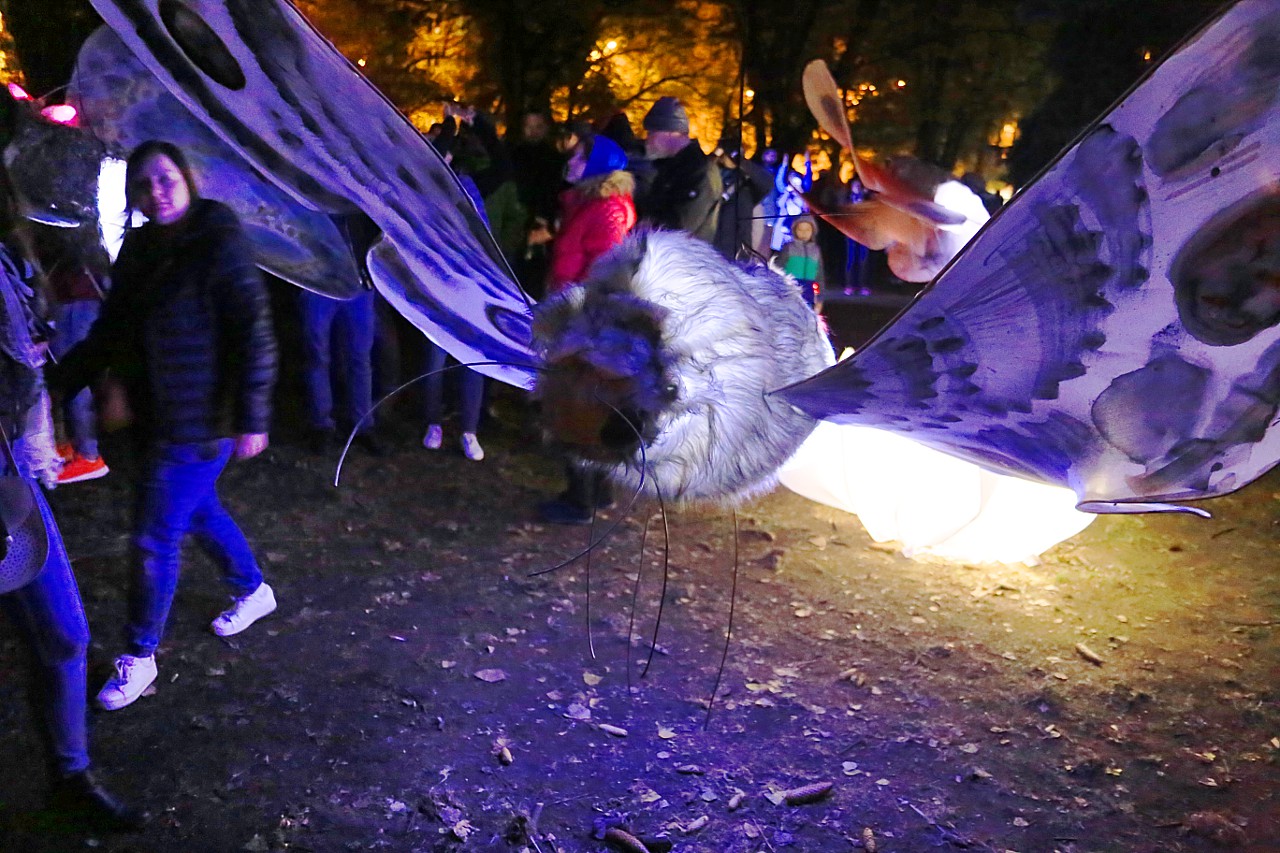 The movement of the glowing balls resembles a wave. The song is called "FALA" ("Wave" in Polish). The Authors P. Popławski, M. Peliński. 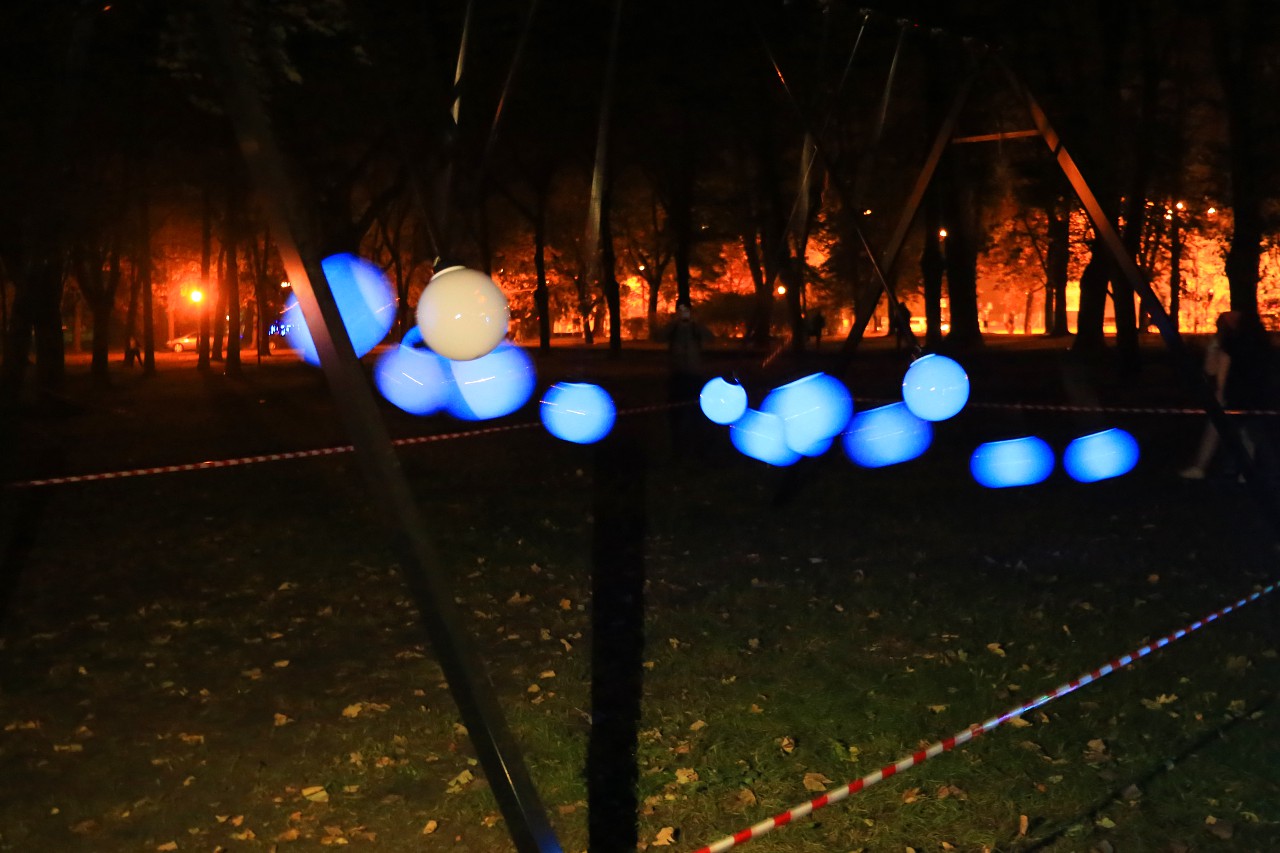 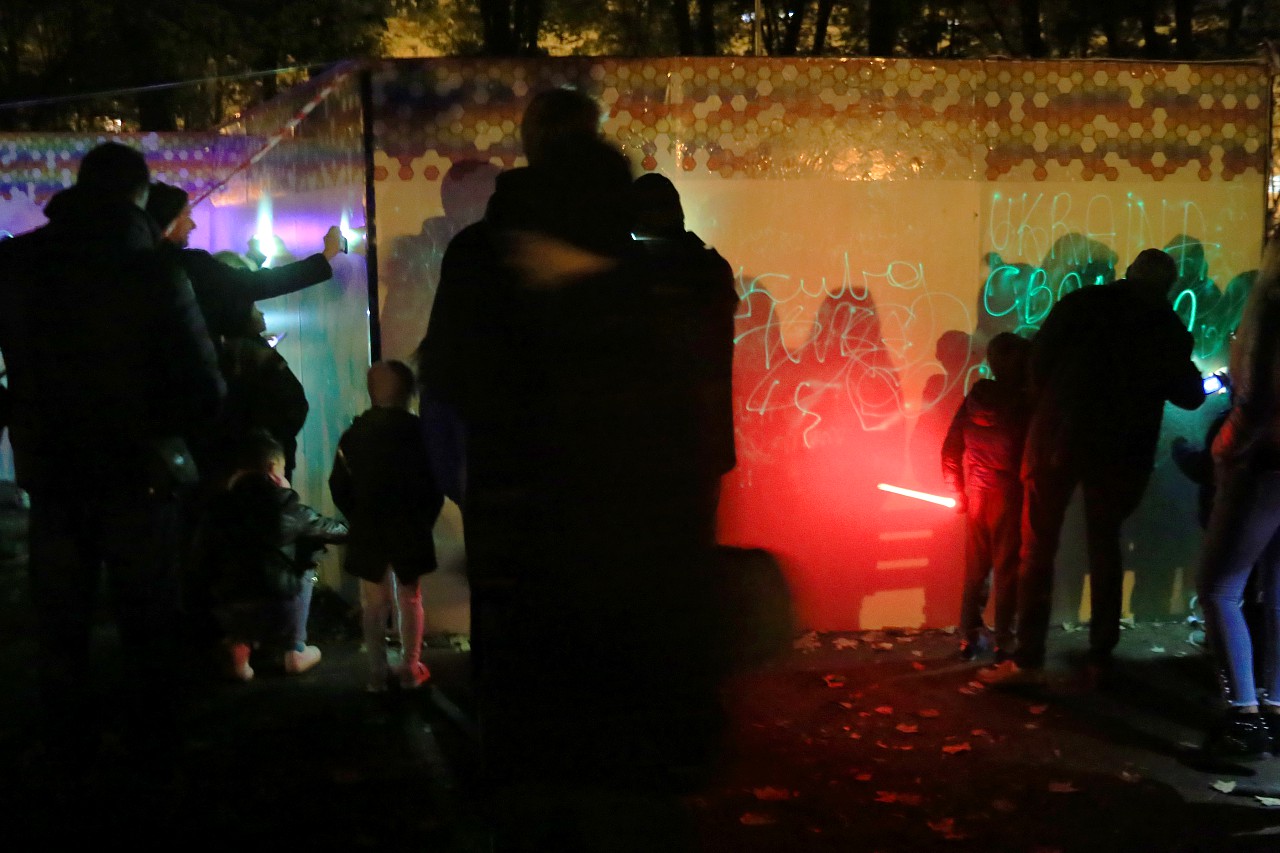 You can use any light source to write and draw on the wall.

The authors of the installation P. Popławski, M. Peliński. 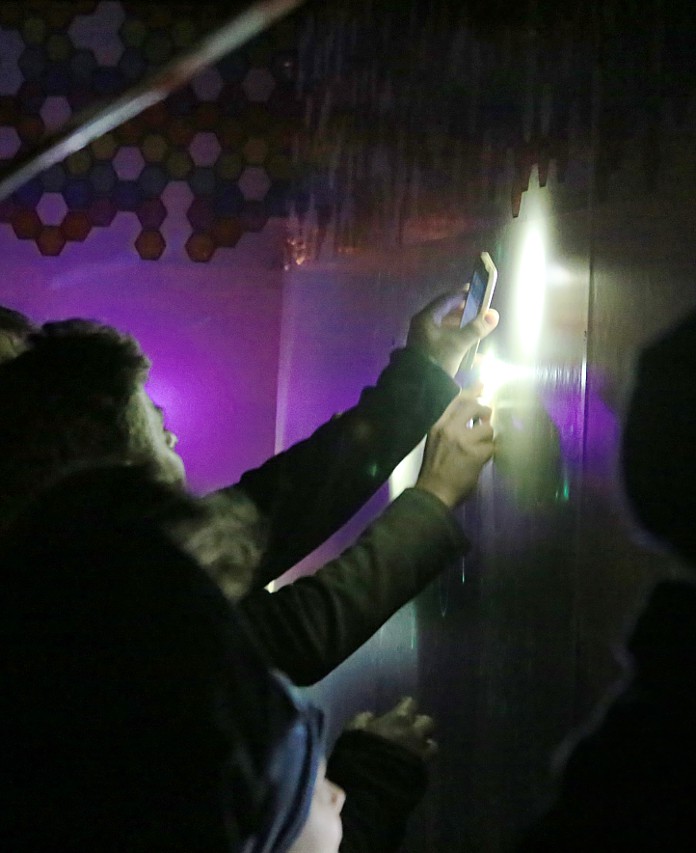 Nearby, CARTOON MIX was shown on a large screen, where A. Chrapowicka and ANIMAPOL and STUDIO TREFL presented their work. 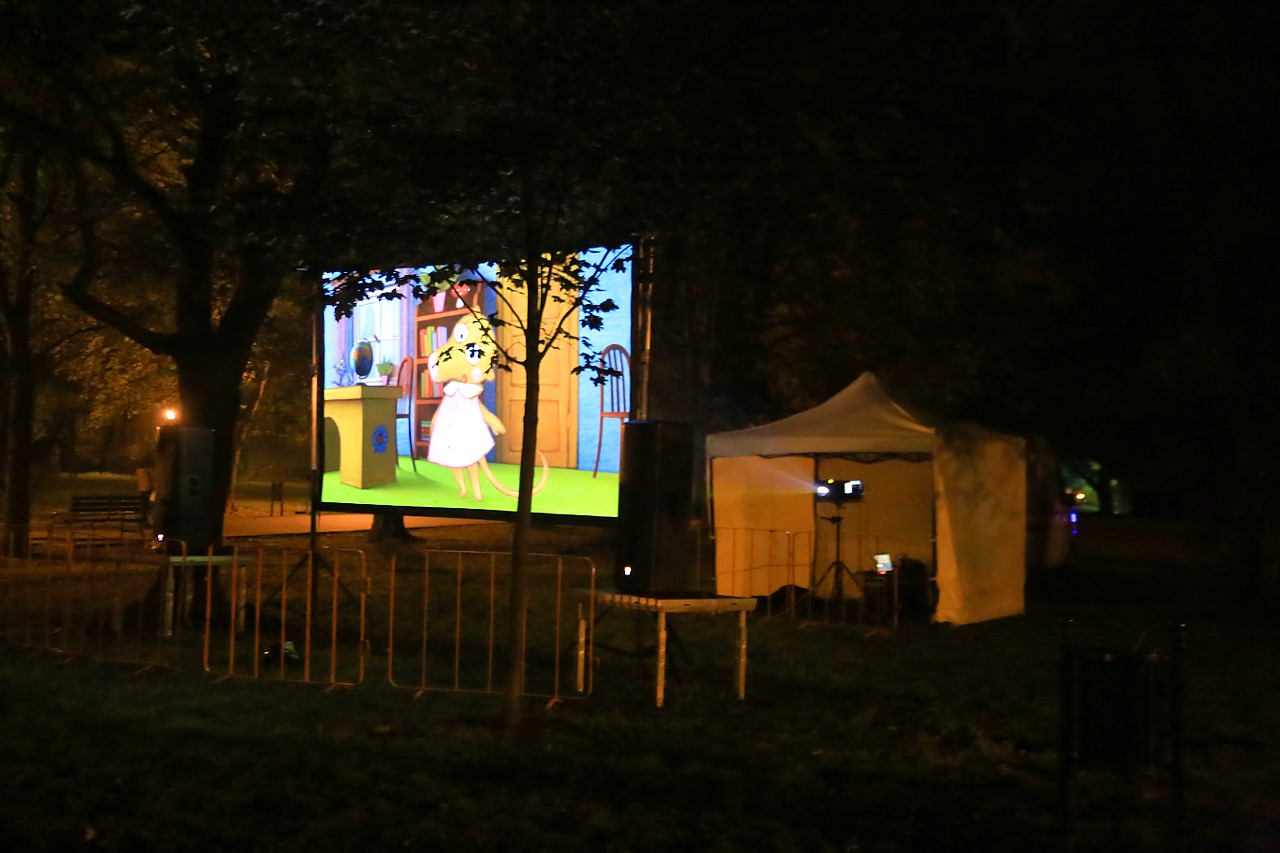 Over the water surface of the pond was shown the show "String Theory". 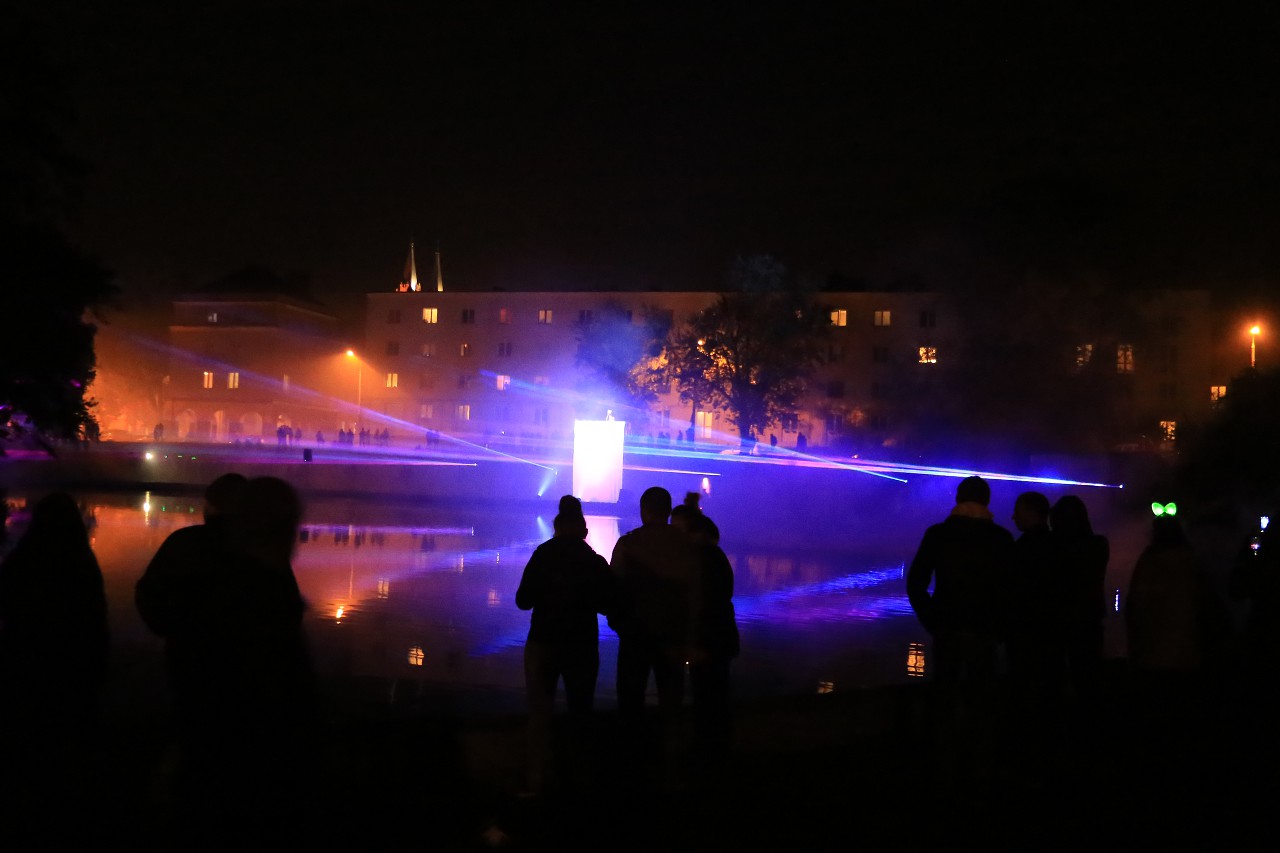 The play of laser beams accompanied the compositions performed on the violin. Written and performed by K. Skicki. 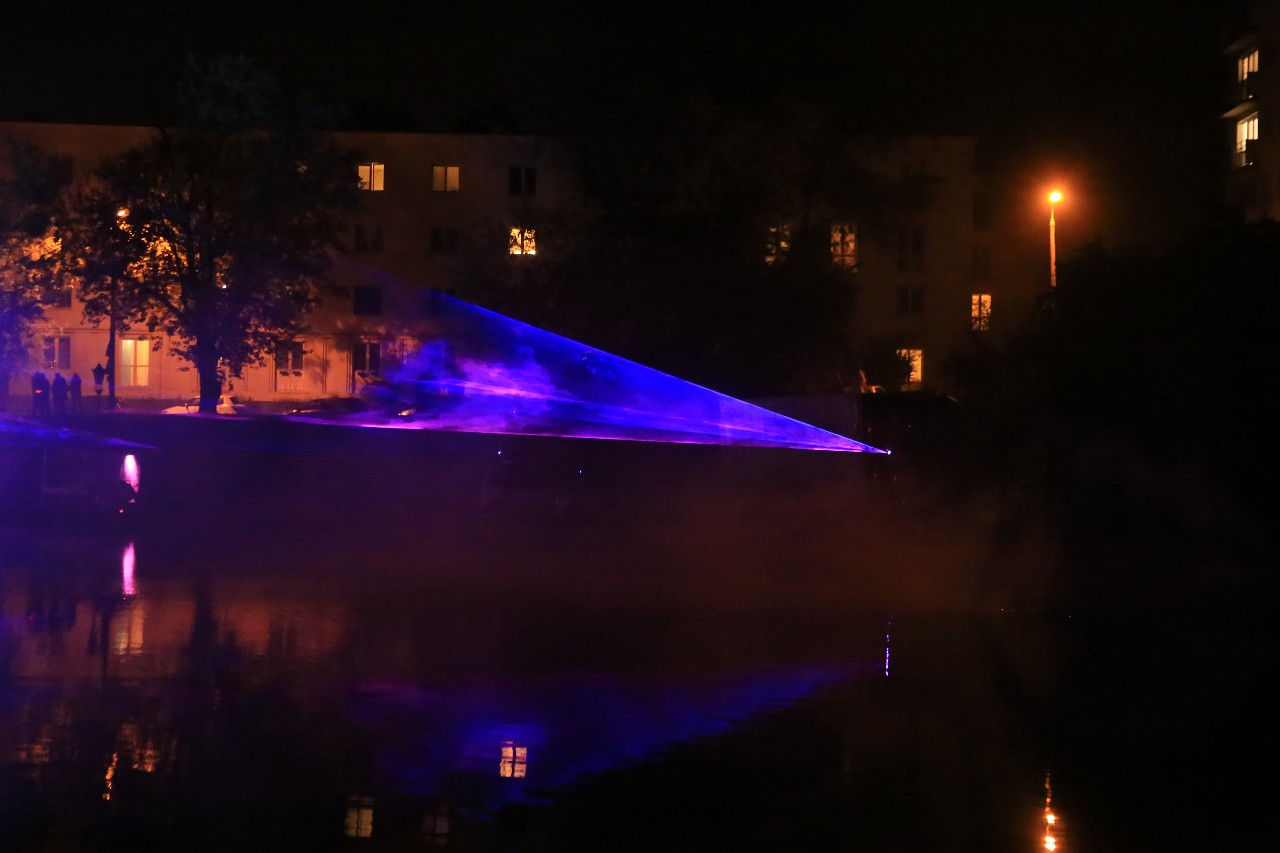 The trees of the Park also became objects of the festival. 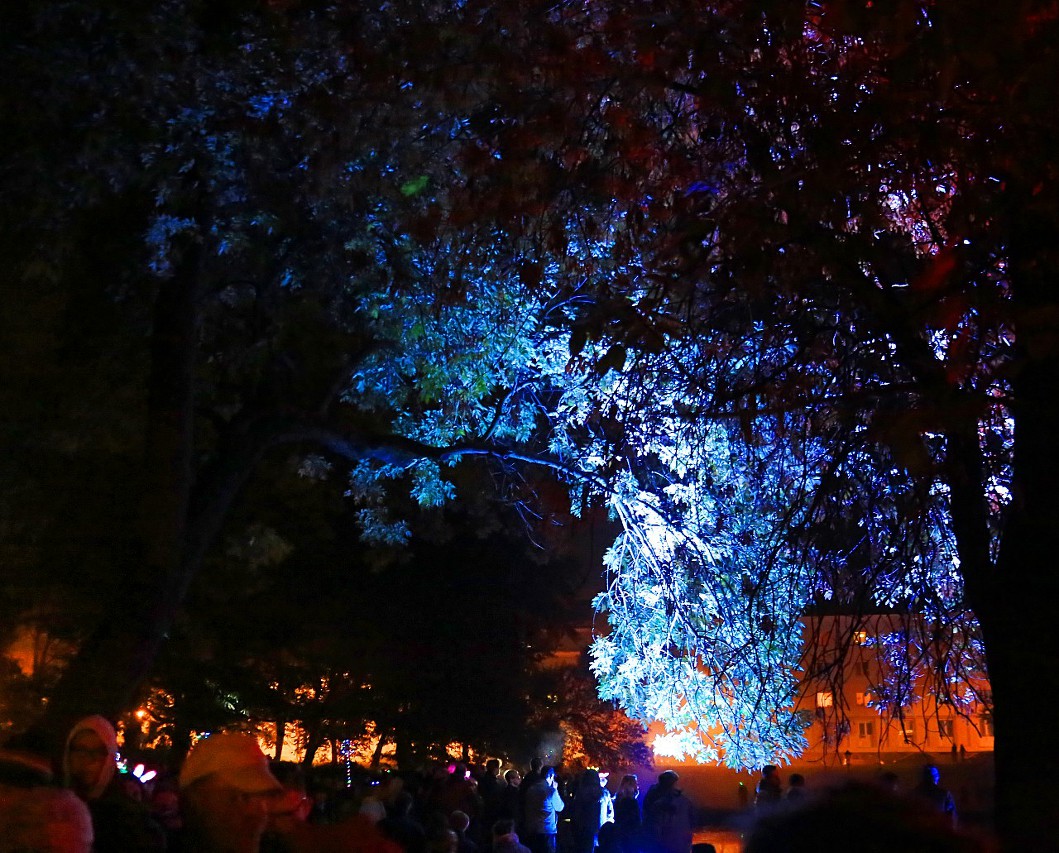 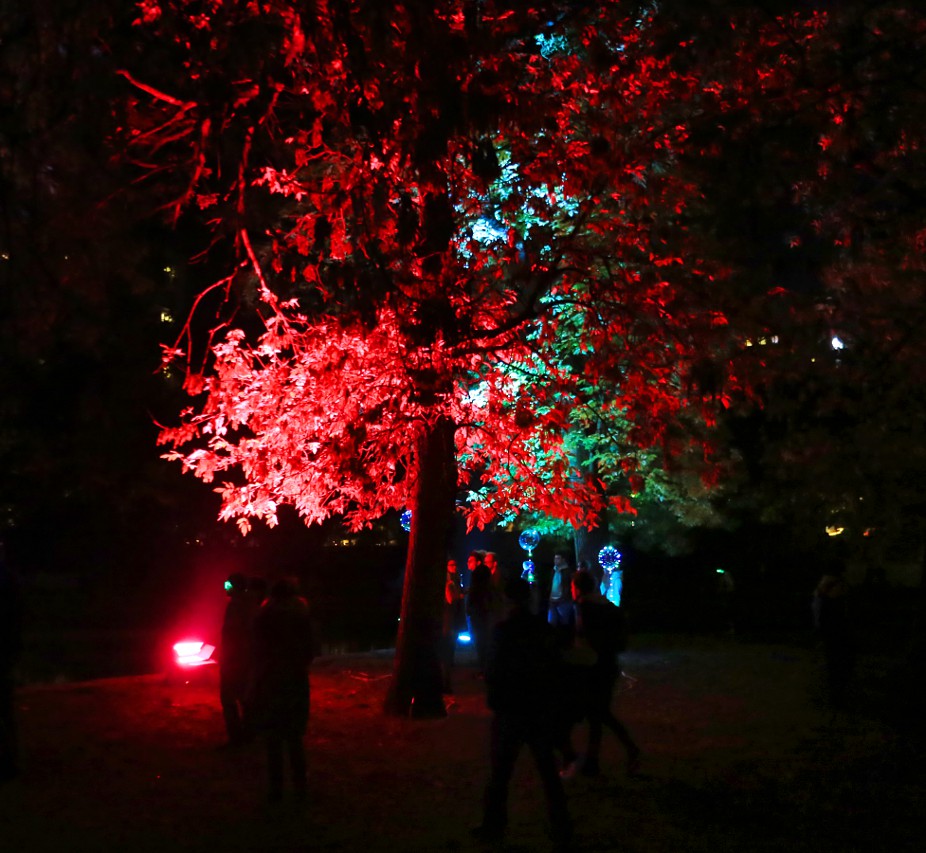 Green, of course, was. 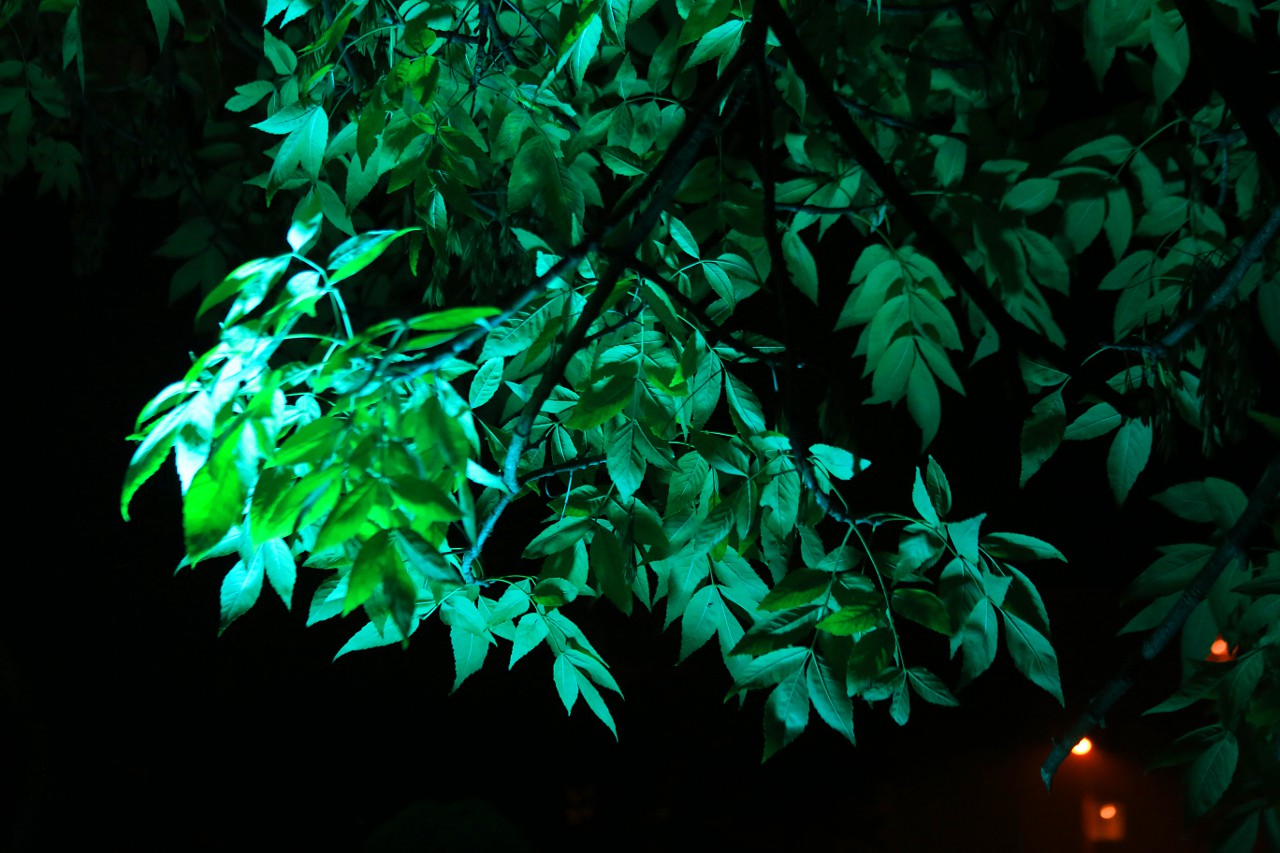 But other colors predominated, making the trees look fantastic. 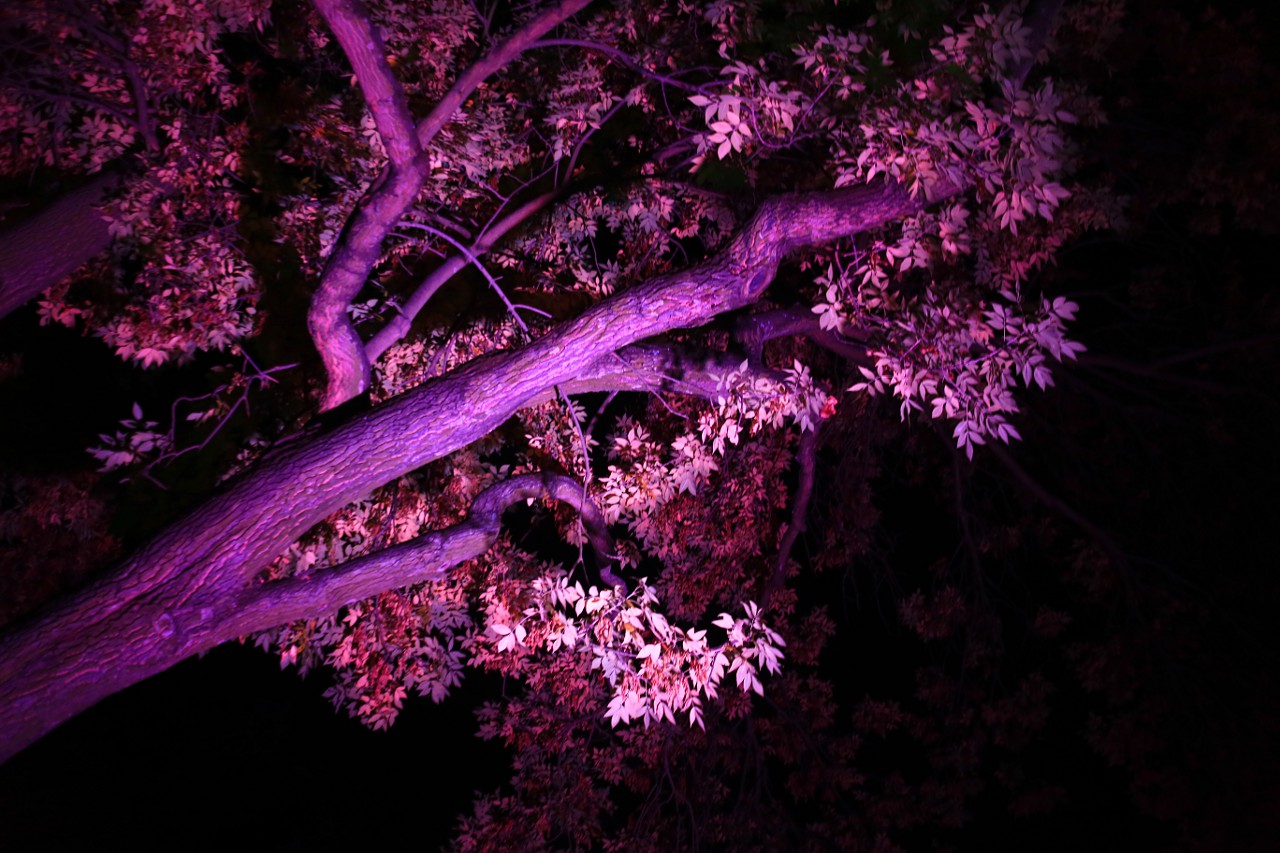 Another installation by the DECODEtheCODE group is called STRING ART VAULT. 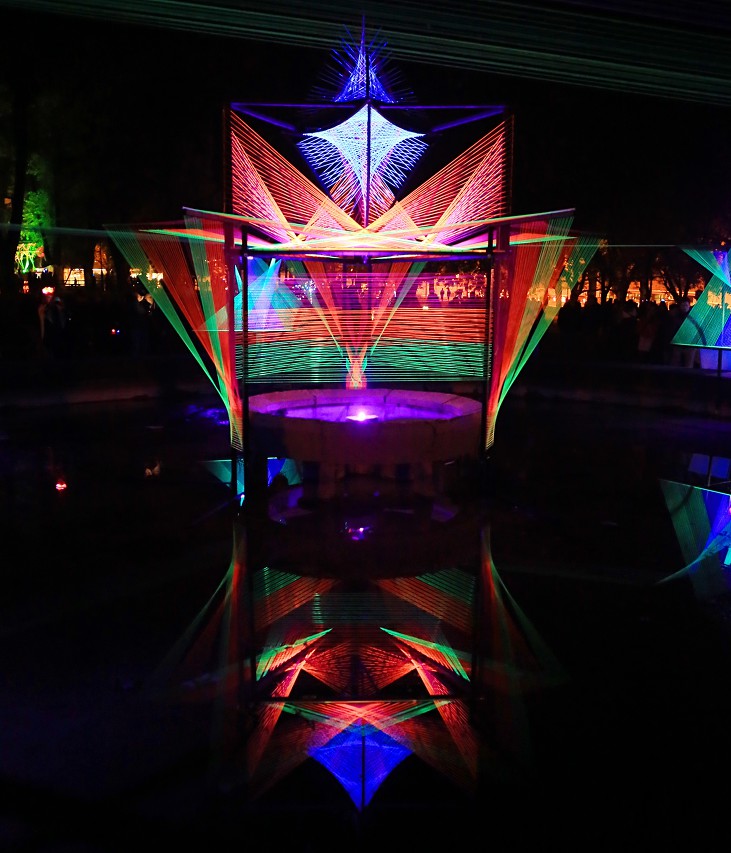 So the authors see a new architectural style Future Gothic. 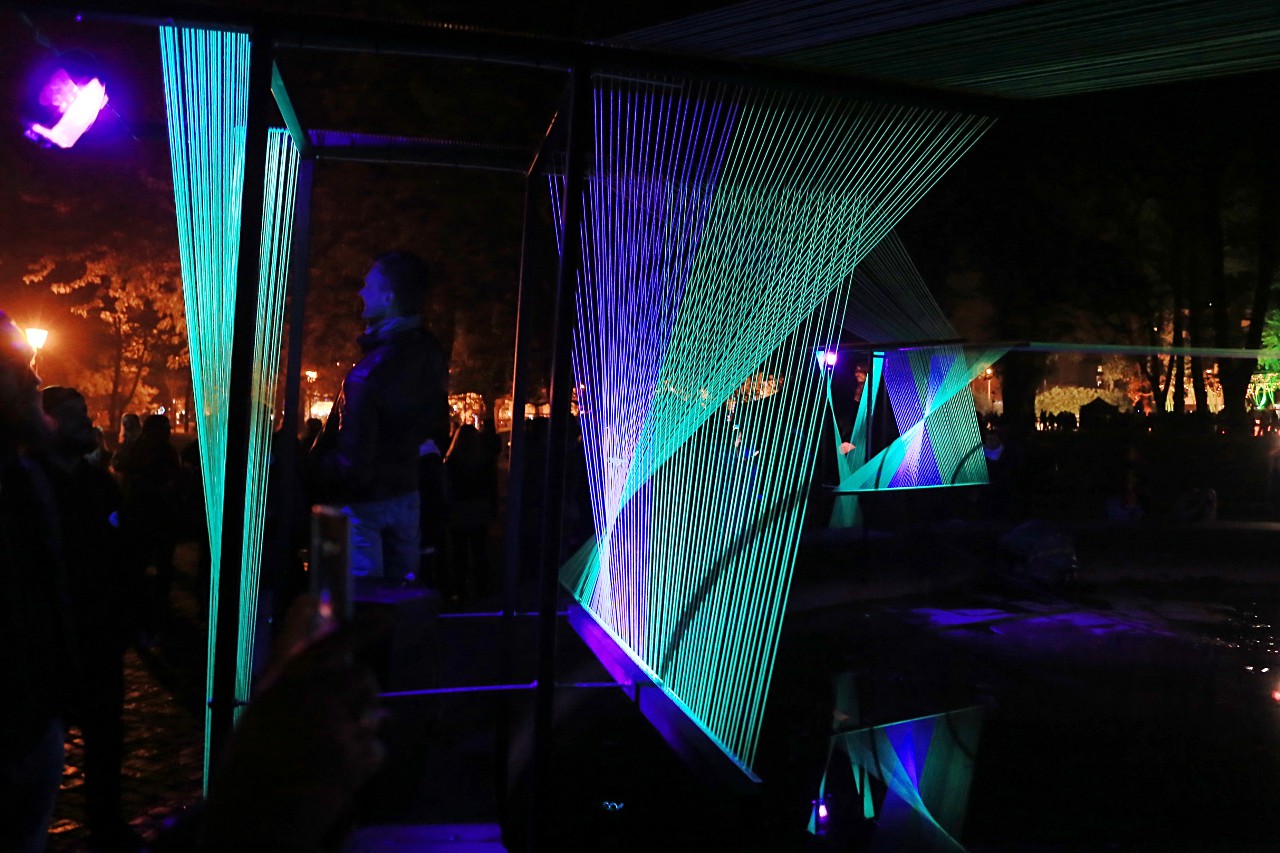 And outside this festival of light, the city streets were shrouded in fog. The festival nights were abnormally cold, the temperature dropping to zero. 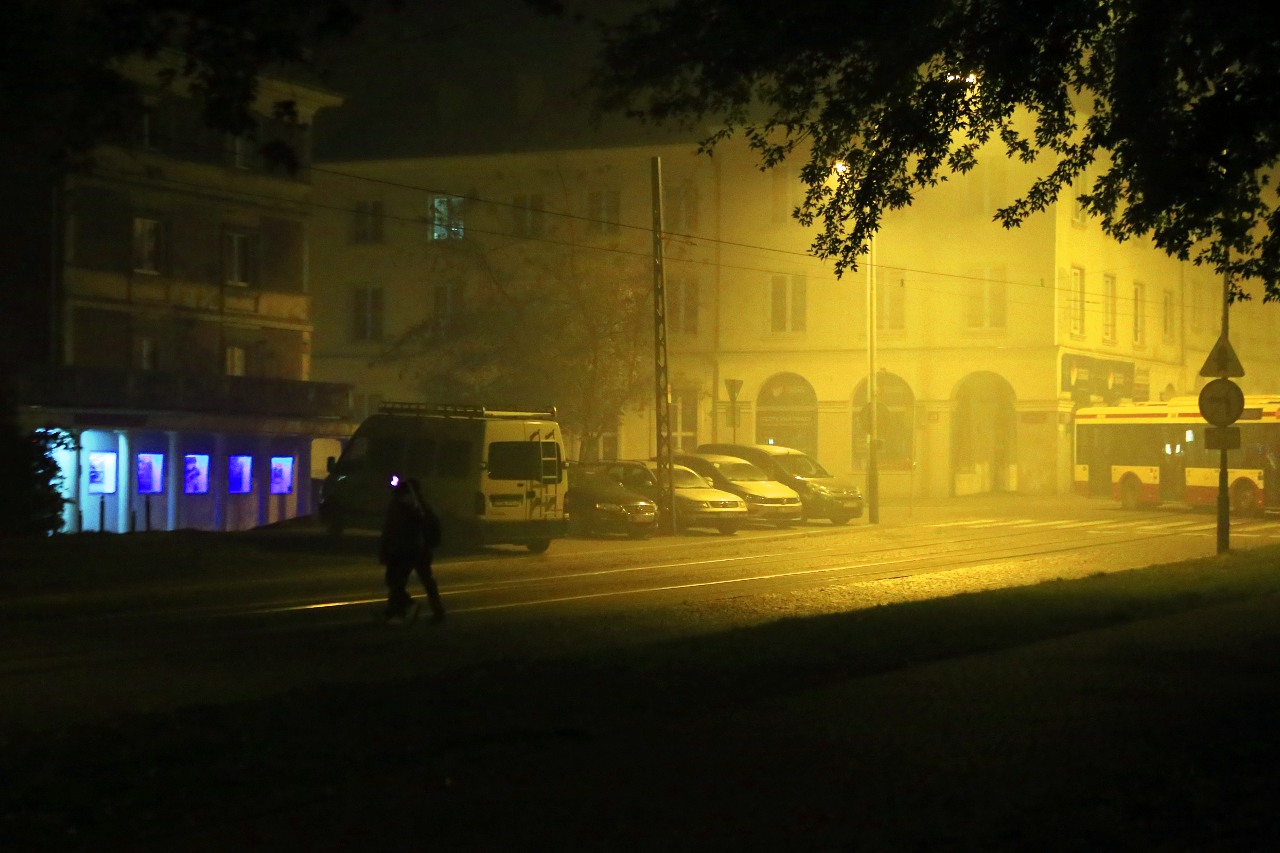